I strongly believe in an efficient image-processing routine. Knowing precisely what to do with a photograph from the moment it was taken up to final output, is extremely useful. The involved actions are not easy. Raw processing, spot removal, lens corrections, color enhancement, highlight and shadow recovery, skin retouching, sharpening, color profiling, safe storage, backups… All these must be considered by photographers wishing to get the best out of their images, and making sure they are preserved longer than the lifetime of a memory card or hard disk.

The Picture Postcard Workflow (PPW) covers what is arguably the most important part of this routine: color and contrast enhancement. There is nothing about file handling, storage management etc. But what’s included can bring a given photograph from average to excellent in just a few minutes.

What serious photographer would not be interested in that? I have helped people who struggled with their images, were disappointed with what the camera had given them, but unable to even begin correcting that. An effective workflow is just what they need, isn’t it? In essence, it functions as a structured checklist. A sensible ordering of issues and how to deal with them. First: do this. Next: that. If your image suffers from such-and-such: proceed so-and-so to fix it. Etcetera. 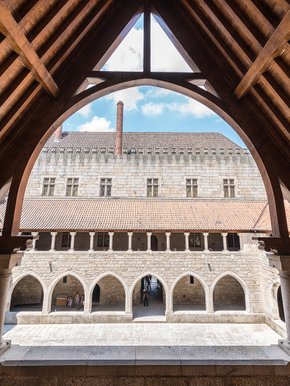 And not only does an image-enhancement workflow help to correct any given image, it also trains a retoucher or photographer to recognize weaknesses that images can have, and to know in advance how to fix them. Set up RGB curves to correct off-color images again and again, and gradually you will notice casts without the help of Photoshop. The same for exposure problems, dull or oversaturated color, lacking highlight detail etc. That’s a highly valuable skill for sure.

To PPW or not to PPW?

So it’s handy – maybe I should say: important – to be proficient in an image-enhancement workflow. But it doesn’t have to be the PPW. There is nothing wrong with a personally developed workflow. After all, you as the photographer know what works for you. For example, it is perfectly reasonable (and not so difficult) to do everything in Lightroom only. I myself do not leave Lightroom for the large majority of my post-processing work. Surprised? Have a look at below example image (figure 1). With its bland colors and harsh contrast, it seems like an ideal candidate for a PPW treatment. 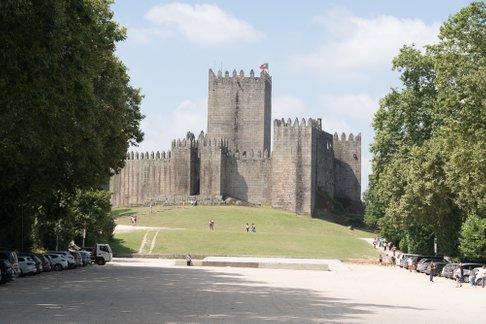 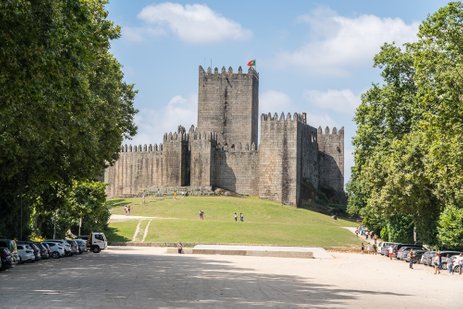 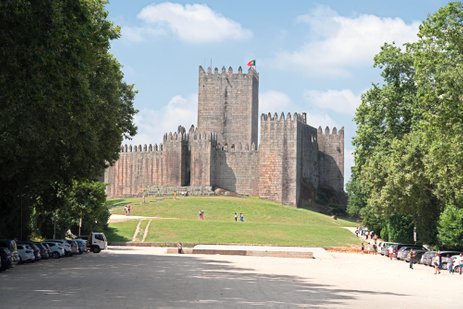 Figure 2 is a Lightroom-only correction, figure 3 a single-run PPW result. Of these two corrections, I prefer the PPW-version, but it’s not a clean sweep. In figure 2, the shadow areas of the trees are better defined; in figure 3, part of the castle has gotten an unnatural orange-red tint.

Now I tell you that the Lightroom correction only required moving four (!) sliders: Shadows, Highlights, Clarity and Saturation. It took maybe 10 seconds in total. I could make it even better by doing some additional things.

In the PPW version, I did a small color correction, channel blend (Red in darken mode), Bigger Hammer with some tweaking, and MMM plus Color Boost (again with some tweaking). Also, I set shadow and highlight points and corrected for these at the end. This took me a few minutes, and I am still not 100% content with the result. Would this image be important enough, the workflow says to proceed as follows:

Neither of these is straightforward. A good understanding of the PPW steps, their effects and available alternatives, plus proficiency in blending are all needed to make this effective.

So I made a second version, blended, and the result is shown in figure 5 (the Lightroom-only correction repeated in figure 4 for easy comparison). 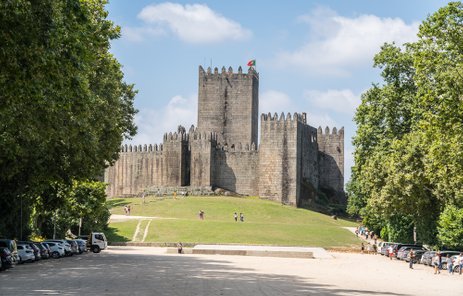 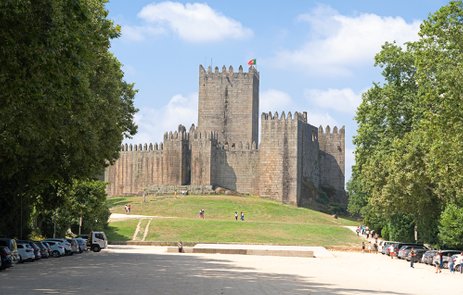 Figure 5. Result after blending with a second PPW version

Now the PPW advantage is more obvious. Both grass and castle are much livelier, putting the focus on where it belongs. But again, it required expert knowledge of the workflow: something that takes a lot of time and effort to acquire.

Look back at the different corrections above, and ask yourself: is going through the PPW learning curve really worth the difference between figures 4 and 5?

Undoubtedly, for some the answer is yes. Professionals. Ambitious people like me. Those who are already familiar with Dan’s methods, for whom the learning process may be quicker. But I can well imagine that many are happy with something less sophisticated.

Yes, the PPW is not easy to learn. I already noted that back in 2015 in my review of the book, where I wrote:

“The hard work is the paradox of this book. The workflow is supposed to give quick results. However, it is a long way, months or even years, before you fully master it.”

So why is it so difficult?

I have to go about four years back in memory to recall my own first struggles. From the beginning, I do remember good results, but for quite some time I felt lost everytime I worked on an image. Let me try to list why:

Let me give a more concrete example. An original image may contain areas that are very colorful and therefore lack detail. That's a common defect, and it should be addressed somewhere in the workflow. See figure 6 for an example. 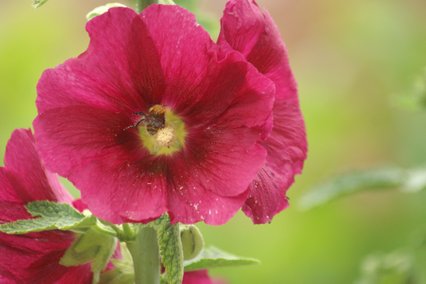 In the PPW, I count three steps that can fix the "too colorful, not enough detail" defect. Channel blending can do it, by employing the channel(s) that contain the most detail. Lesser Hammer does it, as a sort of side-effect. And H-K does it. But each of these does a lot more as well, some of which may be undesirable for the given image.

Figure 7 shows the results of these three alternatives applied to the image of figure 6. 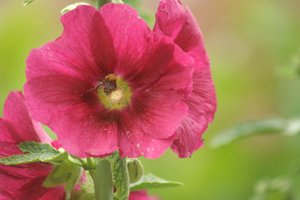 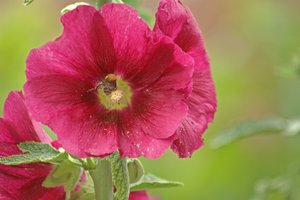 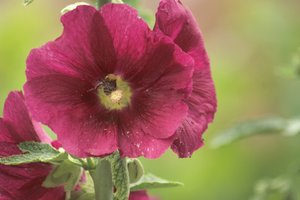 A quick inspection reveals that the Channel Blend process lightened the flower and H-K darkened it. Both Lesser Hammer and H-K darkened the background. None of these effects were what I was after, but they happen and I don't know if they eventually turn out beneficial or not.

Don’t understand me wrong. The gnarly structure of the PPW has a purpose: it enables effective blending. With so many possible alternative paths it is easy to get considerably different results from multiple runs. A stricter workflow doesn’t have this advantage.

But… and now I come to the central point of this article… I can also see two advantages that a stricter, more linear workflow may have over the PPW:

I find this an interesting thought that has kept me musing for quite some time.

Is it really unavoidable that a workflow that strives for the best possible result in a limited time, is so hard to learn? Maybe. Excellence doesn’t come cheap. But what if we could define something with a more straightforward and accessible structure, while remaining close to the high quality of the PPW?

Well, of course it depends. Easier-to-learn doesn’t guarantee less-chance-of-mistakes. The steps should be well thought-out: giving maximum effect with minimum risk. Ideally, every execution should give a very good result, about equivalent of an average single PPW run. Such a workflow wouldn’t have the power and versatility of the PPW. But it would be a lot easier to learn, more resistant to defects, and likely faster to execute.

So I reconsidered everything I knew about color correction and PPW, listed what I thought to be essential for an effective workflow, eliminated the parts that may cause artifacts, started to experiment, developed some new actions and guess what: now I have something to offer. A new workflow! The coming PPW article – or more likely, articles - will provide an overview. Before that, I give some hints of what you should not expect:

Refer to what Dan Margulis writes in the PPW_Overview PDF (from the PPW panel documentation):

“The Picture Postcard Workflow is a concept, the actions and the panel merely one way of implementing it.”

Right! So my new workflow is just a different way of implementing the PPW. I like to give it the name “PPW Straight”. Readers can adopt it as their primary color correction workflow. Or it can serve as a stepping stone. People willing to learn it may later go for the full thing: buy and read the book and learn all the intricacies of the panel actions.

And, why not: those already familiar with the full PPW can use this alternative workflow to create a different version for blending.

Thanks to Erik Gordebeke and Bill Iverson for their valuable comments on an earlier version of this article.