The joy of getting feedback

One of the most rewarding aspects of my website is the feedback that I receive. Getting a simple message like “Hey, I like what you write there” is always nice. It implies that someone actually read what I wrote, liked it and took the time to tell me. (I assume, if you get 100 of such messages each day, the story is different.)

I added a Contact form a good month after the site went online. Since then, I received dozens of messages, and I still love it every time it happens. Reactions are always inspiring. People tell me about their own experiences with the PPW, the steps they struggle with, their preferences. They tell me that my articles help them to understand certain aspects of the PPW or digital imaging in general. (Isn’t that wonderful?) And of course, people ask me to send my actions MMM Finetuned and Reduce Bigger Hammer Sky Halos. Sometimes I get further feedback about their first experiences with these actions, which in turn may trigger more discussion. And sometimes fellow photographers send me example images to illustrate some point.

The most popular subject

Last but not least, visitors ask me for advice, usually about aspects of the PPW. I always try to provide such advice, even if I don’t have an immediate answer at hand. Interestingly – and here we arrive at the topic of this article - the most common subject that people ask about is raw processing in combination with the PPW. Deciding what must be done in the raw processor before moving to Photoshop for the PPW steps – that seems to be a problem for some. 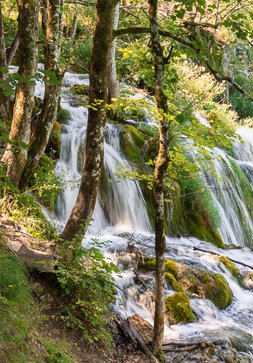 Given this demand, I have wanted to write about the subject for quite some time. After some preliminary experimentation, this turned out to be not straightforward at all. Therefore I start with an article that may serve as an introduction. More precisely, I try to explain why I think PPW users struggle with the raw processing step.

Raw processing is considered outside PPW scope. The workflow starts in Photoshop proper, not in Camera Raw. For a photographer aiming to enhance his own photos, this is confusing. I assume that photographers who apply the PPW are advanced amateurs or professionals, and that the large majority of them today shoots raw. For those, every photo enhancement starts in a raw processor. Their first question is, what to do before loading an image into Photoshop. To put it simple: there is a gap between step 1 of the work and step 1 of the workflow.

Chapter 14 from the Table of Contents of the MPCW book

Fortunately, the Modern Photoshop Color Workflow book dedicates a full chapter about the subject. Less fortunately, it is one of the last chapters (14) and, if you ask me, not one of the easiest. The reader may have a hard time getting clear guidelines about how to do the raw processing. This is what Margulis writes about this, about halfway the first part of that very chapter:

This may be a fair statement, but the careful reader will nevertheless find a number of recommendations that – contrary to the citation – can be called “general”. Here is what I believe are the two most important ones:

What I read here fits the PPW philosophy perfectly. More steps have vague recommendations, and more steps deliberately worsen an image on the assumption that later phases will compensate. Just think of the H-K action.

My view is that raw processing should be step 1 of the workflow – to be skipped of course if the starting image is a JPEG – and preferably should have been explained in an early chapter of the book.

I must admit: for me as well, the integration of raw processing and execution of the PPW is bothersome. To explain why, let me sketch a typical scenario.

I have gone out for a photoshoot, come back with umpteen brand new photos and stick the camera’s memory card into the computer. As I always shoot raw, the first time I see and judge my images on a big monitor is from the raw processor (in my case, that’s Lightroom). 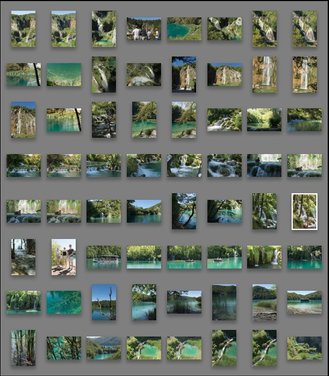 Now the PPW recommendation is to leave most sliders at their default, reduce contrast until the image looks dull enough and enter Photoshop for further processing. Straightforward as this may seem, the reality of image processing for me is that I usually don’t know in advance which photos will undergo a full PPW treatment. On first sight, maybe 25% of the set may look promising enough for further enhancement – who knows, one or two may eventually end up in a portfolio, or be selected for a large print. But at that time I don’t know yet, and the preselection is still in Lightroom. Now Lightroom has a wonderful, very efficient Develop interface, so off I go. This image definitely can use more contrast, that one needs better color, the Clarity slider works for any image, here’s one that doesn’t have full range…

Gradually, the strengths and weaknesses of each shot become clear. The selection narrows down. It is not uncommon that, after a good amount of work, only one specimen survives the ballotage. Quite likely, only this chosen one deserves the extra work of going through the PPW. The rest stays in Lightroom, all the preliminary processing may be the only thing I ever do to them.

So, there I am left with an image that turned out to the best of the bunch – it has gone through considerable enhancement, it already looks great, and now I should zero out all sliders, flatten contrast and start over in Photoshop?

I understand that retouchers don’t happily do that, and I’m one of them.

A question, an answer and a promise

Back to the question what my own view is on the subject.

The short answer is: I don’t have one.

For the long answer, let's return to chapter 14 of the MPCW book. In it, Margulis tells about an interesting experiment he organized. Multiple groups of expert retouchers worked on either of two versions of the same originals: one looking good and one deliberately flattened. The end results were compared, and the versions that started from the flat original were significantly better than the others. 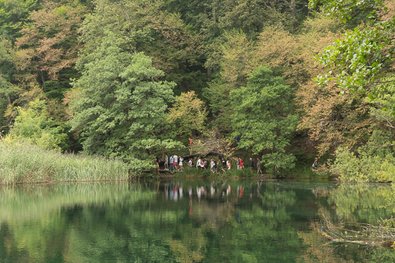 Two versions of the same original, both only raw processed. Which gives the best result after a PPW treatment?

So how could I suggest a different strategy? To anyone still hesitating, including myself, I say: go ahead, apply a flattening curve to your raw file and execute a full PPW. Judge the result. If you have time, do another run starting from a well-processed raw. Compare the results, and let me know what you’ve found. I’m highly interested.

In the coming months, I hope to write a couple of articles about raw processing in relation to the PPW. I have some topics in mind, and more may pop up while I write and think. Stay tuned.

And for those who regularly or occasionally give feedback on the material of my site: many thanks to you all!